Cases of the new coronavirus strain spreading rapidly in the UK have been confirmed in Denmark, Italy, Gibraltar, the Netherlands and Australia.

France and South Africa also believe they have cases of the mutation – known as VUI-202012/01 – but these have not been confirmed.

French health minister Olivier Veran said it is “entirely possible” the new variant is already circulating in France, but no cases have been officially identified yet.

First detected in London and the South East earlier this month, it is up to 70% more infectious than the original strain because it has a much bigger viral load.

It is now present in all parts of the UK apart from Northern Ireland.

Follow live COVID updates from the UK and across the world

Maria Van Kerkhove, the World Health Organisation’s COVID-19 technical lead, confirmed nine cases in Denmark and a number of others in the Netherlands and Australia late on Sunday.

Italy’s health ministry said on Monday that a couple who landed at Rome’s Fiumicino airport had tested positive for the new mutation and were in quarantine.

Boris Johnson’s spokesperson also revealed that the British overseas territory of Gibraltar had identified at least one case.

The two cases in Australia were detected in two passengers who landed in New South Wales after flying from the UK, said the state’s chief health officer Kerry Chant.

Dutch officials said they had taken a sample of coronavirus cases early this month and found evidence of the mutant strain among them.

In South Africa, a strain that appears to be very similar to the one from the UK has been found, but experts are not yet sure if it is the same.

According to data from the European Centre for Disease Prevention and Control (ECDC), the UK has one of the highest capacities in the world to test for the genomes found in the new COVID variant.

Sky News economics editor Ed Conway said that it is “plausible” this means the mutant strain is already widely circulating across the globe, but Britain is best placed to detect it. 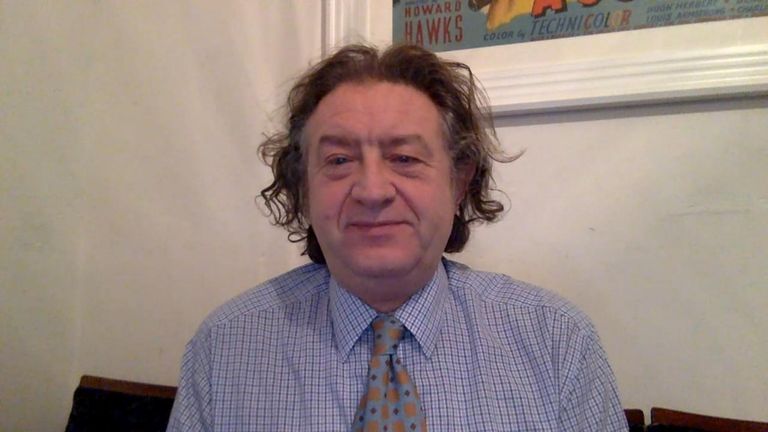 After England lifted its national lockdown on 2 December, people have been able to travel internationally from the UK – meaning the strain is likely to have spread to a number of countries.

Professor Hayward, who is head of University College London’s Institute of Epidemiology and Healthcare, said the strain is the “worst news we’ve had so far” since the start of the pandemic.

He said we “should all be very concerned”, try to limit contacts as much as possible, and the UK government should consider closing its borders.

A string of countries from Europe and as far as Canada and Hong Kong have already temporarily suspended travel to Britain.