(TRINIDAD EXPRESS) – THE State has been restrained from again deporting 16 Venezuelan children and 11 adults while their challenge against their deportation that took place over the weekend is heard and determined by the High Court.

That assurance was given by attorneys for the Office of the Attorney General as an application for injunctive relief filed by lawyers for the group came up for hearing before the judge last night. 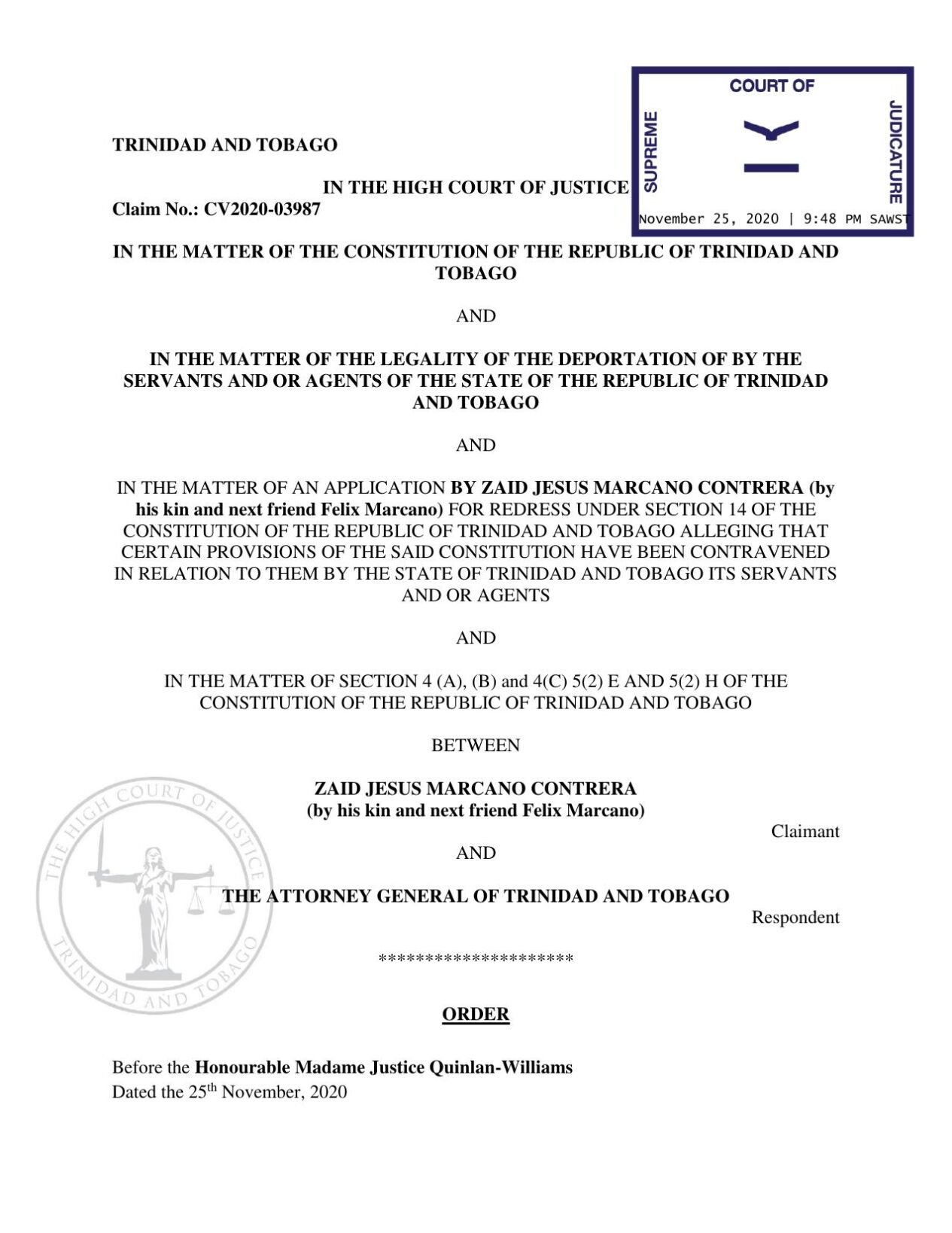 In addition to them not being sent back to Venezuela pending the outcome of their matter, Justice Avason Quinlan-Williams also ordered that the asylum seekers be removed from the Erin Police Station where they were being held last night and taken to the State’s quarantine facility at the heliport on Chaguaramas.

The State was ordered to have them at the facility by 6 a.m., today. When the quarantine period is complete, the group will be required to remain at the location until the court makes a determination on their status in this country.

Two of the children – a four month old boy and his sister along with their mother – will be allowed to stay with the children’s father in Marabella after their quarantine.

He is currently in this country legally having been one of the migrants who received a registration card by government in 2019 allowing him to remain and work Trinidad and Tobago.

Justice Quinlan-Williams made the orders just around 9.30 p.m.

The Express understands that the judge commented that the executive arm of the State was responsible to come up with a policy to deal with asylum seekers since it cannot become the norm for the courts to be approached on a daily basis to deal with such issues.

Justice Quinlan-Williams said the situation could not continue the way it has been with children being placed in jail-like facilities or police stations separated from their parents.

On Sunday morning, the group was placed on two pirogues and escorted out to sea by coast guard. For more than 24 hours their location could not have been accounted for by authorities.

On Tuesday afternoon, the group returned to this country before once again being taken into police custody.

Their matter will be re-called before Justice Quinlan-Williams at 7 o’clock tonight.

Guyana on standby to provide volcano relief to St Vincent