(TELESUR) – From Jan. 1 to July 31 this year, a total of 364,808 measles cases have been reported to the World Health Organization (WHO), almost three more times than during the same period of time last year with 129,239 cases, warned the organization on Tuesday.

“There have been almost three times as many cases reported to date in 2019 as there were at this same time last year,” it said in a statement. “This follows successive yearly increases since 2016, indicating a concerning and continuing upsurge in the overall measles burden worldwide.”

The countries registering the highest number of cases are Democratic Republic of the Congo, Madagascar and Ukraine, while major outbreaks are ongoing in Angola, Cameroon, Chad, Kazakhstan, Nigeria, Philippines, South Sudan, Sudan and Thailand. 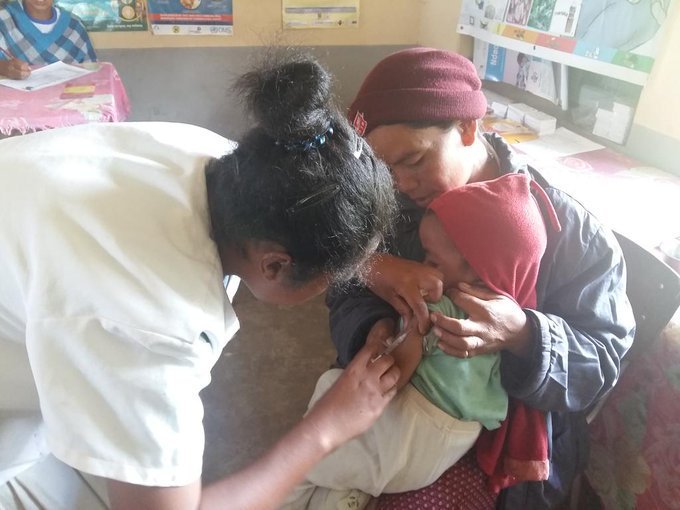 The organization highlighted that the largest outbreaks occured in areas where people lacked access to the vaccine, but other concerning outbreaks were happening even in countries with high national vaccination rates because of the anti-vaccine movement, among other.

Last week, another report issued by WHO found that more than one in 10 children – or 20 million worldwide – missed out last year on vaccines against life-threatening diseases such as measles, diphtheria and tetanus.

“Measles is a real-time indicator of where we have more work to do to fight preventable diseases,” said Henrietta Fore, UNICEF’s executive director said then.

Mexico Braces For A Third Wave Of The COVID-19 Pandemic