TELESUR – initially recorded as measuring 6.6 by El Salvador’s Ministry of Environment and Resources.

The tremor was revised down and, so far, no variations in sea level are recorded and the authorities continue to monitor wave activities, the ministry tweeted. 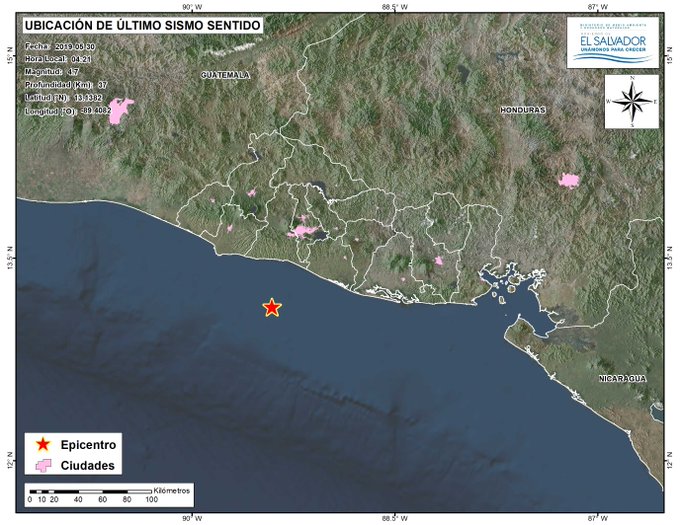 “PTWC confirms there is no tsunami threat to the Island and State of Hawaii,” Hawaii-based Pacific  Tsunami Warning Center (PTWC) reassured.

The U.S. Geological Survey said the epicenter of the earthquake was about 28 kilometers south-southeast of the regional capital, Santa Tecla and was recorded at a depth of 65 kilometers.

Protocols for the evacuation of coastal areas have been activated in the event of a tsunami, by civil protection authority, the Emergency Operations Center confirmed.